From the widest ranging consumer campaigns to niche B2B, here’s some examples of the power of influencer marketing.

Valvoline’s Under the Hood: the Spirit of DIY

The aim: Increase brand awareness to the industry and DIY enthusiasts

The campaign: Valvovine worked with PR agency Cohn & Wolfe to identify influencers in the automotive and DIY industry. These influencers included amateur races, writers and people like Tim Odell of Hooniverse, a popular automotive blog.

By offering these influencer the opportunity to showcase their cars in a well produced video, Valvoline were able to create content that would be shared by these influencers and amplified by their audience.

The results: The video series was uploaded on Valvoline’s Youtube channel with links to their main site in the description, it was then shared with the influencers involved who then went on to share it across social media to the wider the DIY and automotive community. The series now has over 25,000 views and still growing.

The aim: Associate British Airways with some of the smartest minds in the world and highlight how the power of flight brings people together.

The campaign: British Airways chartered a private flight from San Francisco to London that was luxurious and exclusive. They then reached out to some of the leaders in the fields of Science, Technology, Engineering and Maths (STEM) offering them a free flight and the opportunity to give back to the community through sharing their thoughts with others on how to tap into global talent.

The outreach brought together some of the planet’s smartest minds for the flight including executives from IBM and Google alongside academics and world class VC firms such as Andreessen Horowitz. During the flight the team were tasked to come up with concepts on how to address the challenges of accessing global talent.

The results: The group developed 22 concepts to help people with STEM skills find opportunities to make use of their talents and showcase their skills. The winning concepts from the campaign were presented to the United Nations ITU committee as plans to drive global innovation. The inflight influencers also tweeted about their experiences to thousands of followers and the the resulting presentations generated pieces of media coverage around the world.

The aim: Highlight the emotional appeal of the La Mer brand

The campaign: The #EyesLightUp campaign allowed users to create a photo mosaic of things in their life that make their eyes light up and share these stylish images on instagram and twitter.

The team approached high profile models and actors and hired them to appear in a series of videos explaining their own “Illuminating Moments”. These well produced and artistic videos were shared by these influencers using the #EyesLightUp hashtag this amplified the campaign and allowed it to reach the right kind of audiences across social media.

The results: By combining endorsement from celebrity fans of the brand with amplification from engaged consumers, Estee Lauder connected to a wide audience to the La Mer, Illuminating Eye Gel leading to 100’s of social shares in the first few days after launch.

5 metrics for measuring the success of your PR content 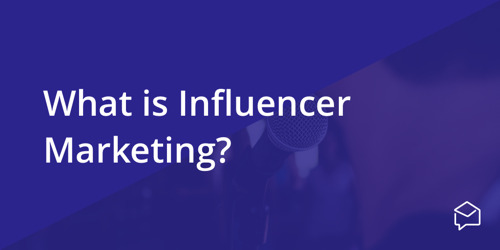 What is Influencer Marketing?

👾 5 Gaming Online Newsrooms You NEED to Check Out 🎮