As a PR or communications professional, you’re always looking for that next story that will get everyone talking (preferably about the brand you’re representing).

But how do you write such a story? What elements do you need to remember? After all, there are many factors to consider when trying to come up with something newsworthy.

Recently, one of our Prezly-users, Manon Acke from Two Is A Crowd, checked in with us and told us about the tremendous success she’d had with her story and press release.

So we thought it could be worthwhile to take a deeper dive to see what her take was on the reason for the campaign’s success.

Manon Acke is the founder and creative wild child behind Two Is A Crowd. With previous experience at companies like Cosmopolitan Mexico, Marie Claire Belgium, and TBWA, she’s got a lot of PR experience under her belt. Only 24 years young, Manon is a very promising PR professional, that wants to make a difference, aided by the senior experience of her mentor, Karima Ghozzi.

While working at TBWA she realized that she wanted to work with brands and companies that shared her passion for sustainability and social entrepreneurship.

That’s when she decided to take the bold leap to go out on her own and start Two Is a Crowd, a PR and communication agency where she’d only work for brands with a positive purpose.

Manon’s first independent PR project was an instant hit home. She teamed up with Fashion Revolution Belgium, a global movement calling for greater transparency, sustainability and ethics in the fashion industry.

In April 2017, the company launched the #whomademyclothes campaign during their Fashion Revolution Week. The timing of that week of sensibilization wasn’t picked out randomly. Its start coincides with the anniversary of the Rana Plaza garment factory collapse. A catastrophe where more than 1000 people were killed and many more injured and many retailers had to evaluate the impact of where their clothes were made.

Being truly passionate about the project, Manon offered to work for Fashion Revolution as a PR pro deo. dedicated to get the message heard. The press release that was written for the campaign was one of the keys to its success.

Breaking down the impactful press release

1. Know your goals and tone

Due to the aims and history behind the campaign, Manon realized she needed the message to be loud and clear. It needed to be newsworthy, without being volatile. Exclusive, without being restrictive. And especially contagious and positive.

Because Manon wanted people to talk about the campaign, it was super important that her press release guide the storyline so that the tonality comes out right on the other side.

2. Be topical and newsworthy

A well-written press release needs valuable arguments and engaging content. It needs to be a story.

Suffice it to say that your subject is key. For Fashion Revolution, that subject was the unfortunate ‘anniversary’ of the Rana Plaza disaster, which made the campaign highly topical and thus newsworthy.

Manon is convinced that previous work experience as a journalist can be a tremendous help to any PR professional. She’s a freelance sustainability journalist for Marie Claire Belgium and she believes it helps her a lot when trying to find the right news angle.

Many PRs get hung up on the product or service they are trying to promote and forget that they have to remove themselves and ask the question "So what? Why would anyone care?" Developing this skill and finding the right news angle to balance your PR goals and business goals is paramount to writing an impactful press release.

But it’s important to remember that having something topical does not guarantee success. For example: recently, Manon was involved in a similar PR campaign for Verneuil’s disease, but that campaign got a lot less traction. Sure, it was this disease’s anniversary as well, but it was a less attractive topic to write about.

More importantly, it wasn’t a topic that appealed to a lot of people. It’s not enough to have a topical subject, it has to have the ability to resonate with a larger audience as well. If you have an unsexy or little-known storyline, you need to find the hook that grabs the attention of a wider range of people.

In short, when trying to create a newsworthy article, it’s important to take note of the environment you’re operating in.

And that environment was another thing that the Fashion Revolution campaign had going for it.

Not only is fashion a subject that touches a lot of people, Fashion Revolution also had the advantage that ethical entrepreneurship is out there. More and more people are starting to care about sustainability.

When looking for your hook, check out current trends globally, not only in your industry. Use the news landscape to shape your story.

Today, media outlets expect visual content, so why not give it to them in your press release? Serve it up to make your story more appealing and attention grabbing.

For a PR campaign, you might already have social proof of the campaign or backers who are willingly participating. An infographic of stats behind the "why" of your campaign or campaign artwork that the media can use to make their own coverage more visible.

Manon's campaign had all of the above. Sharing visual assets in a format that journalists can use is a huge benefit which is why you should remember to...

5. Be kind and helpful

So your message is topical, you’ve got the environment working for you, and an easy way to reach the people that could help you get your message out. As Manon puts it:

Public Relations is about selling a story to influencers.

To that end, it’s important to be kind and helpful to the people you reach out to. Follow up with them, and do anything you can to help them make the most out of what you’re pitching.  Respect their work and their time.

Not only does that go a long way towards getting your story told, it also fosters a long-term, mutually beneficial relationship between you and your influencers.

It could be as simple as quickly checking in to see if there’s anything else a journalist needs to tell the story. For example: are there any visual assets you still need?

There is no need to infuse any unnecessary friction into your dialogue with a journalist or influencer. Give them what they need to write their own story in the most accurate way.

The role of technology

Even with the greatest press release in the world, you still need to work to get your message out to world. It’s not enough to just hit the ‘publish’ button, sit back, and wait for the coverage.

To get her message out in effective and professional way, Manon uses her network and technology has her distribution engine.

As a journalist I still receive press releases every day. And it seems that Prezly is becoming a standard. So I decided to check it out. Using a professional tool is crucial for the effectiveness of a campaign, I believe.

Supporting the ethical and sustainable message of Fashion Revolution, Prezly agreed to help Manon out with a free online newsroom, along with its CRM and email distribution capabilities.

Manon was happy with Prezly because it not only helped her publish and distribute her press releases but also it allowed her to also link up her content with the right people. She didn't have to mess around with WeTransfer to share assets anymore. Everything relevant to her story could be bundled in a neat, visual package.

The amount of work she was able to eliminate through technology allowed her to more effectively target journalists and get coverage.

The key takeaway here is this:

There is a lot of PR technology out there. Use it to your advantage so you can focus on doing the work machines can't do - building and nurturing real relationships.

The campaign and its results

A week before Fashion Revolution’s sensibilization campaign, Manon published her press release under embargo. She then contacted all editors-in-chief of the major Belgian press outlets to see if they’d be interested. They were.

Moreover, social media bulked of the #whomademyclothes posts of bloggers and individuals spreading out Fashion Revolution’s positive message, asking brands ‘Who made my clothes?’ and demanding greater transparency in the fashion supply chain.

A story that turns heads, and a message that you can truly get behind - that will be the key to writing an impactful press release.

Looking for more tips on how to write a great press release? Here are 8 must-have elements in your press release. 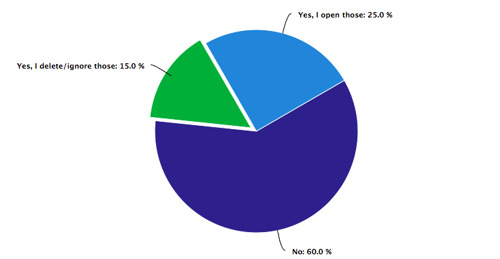 Do You Need to Add "Press Release" to Your Email Pitch? 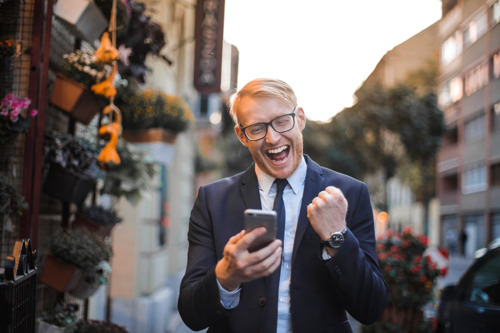